“That most of us maintain — and effectively are — our own museums is the premise of ‘The Object Lesson’…”—Ben, Brantley, New York Times

Do you have what you need? Do you need what you have? As hilarious as it is poignantly heartbreaking, The Object Lesson is a magical and bittersweet comic rumination on the stuff we cling to and the junk we leave behind. With boxes stacked to the ceiling, physical theater artist and illusionist Geoff Sobelle transforms the stage into a giant storage attic of epic proportion. You’re free to roam and poke through the jumble of this immersive performance/installation that unpacks our lifelong relationship to everyday objects. What will you discover about the way we find, buy, break, fix, trade, sell, steal, store, and eventually get buried under…a world of things?

The New York Times praised the “ruefully, comically sentimental piece” for finding “a fleeting connective poetry in the seeming randomness of what we hoard.” The Guardian (UK) called it “a hugely enjoyable, highly intelligent, ultra-connected meditation on our attachment to the past—old things and emotions, maybe even friendships that we don’t actually need.”

The exhibition, originally titled Picasso in Contemporary Art, was organized by the Deichtorhallen, a highly respected contemporary art institution in Hamburg, Germany, and was curated by its general director, Dirk Luckow. Select American artists have been added to the Wexner Center presentation of the German-born exhibition.

“Picasso’s art is so influential, because his work and his person cannot be divided from one another and this makes his work exemplary,” says Luckow. “The once-in-a-century genius’s impact on contemporary art remains underestimated and this exhibition underscores how Picasso’s oeuvre continues to encourage both appropriation and reinterpretation, but also the challenge to overpower him.”

Encompassing painting, sculpture, collage, photography, drawing, and video, the exhibition also reveals how porous the “Picasso effect” has been—beginning with his peers in the first half of the 20th century and continuing to the present moment.

A film by Céline Sciamma

“One of the best coming of age movies in years.”—Indiewire

This fall students will view Girlhood, a film by Céline Sciamma, featuring a look into the life of Marieme, a shy, bored, put-upon teenager living in a disadvantaged banlieue of Paris. Recruited to join a “gang” by three tougher girls, she sheds some of her inhibitions, restyles her hair, changes her name, and tries to take charge of her own life. Teenage girlhood, with its nervous stretches of boredom and its violent, electric upsurges, has been filmmaker Céline Sciamma’s dominant subject as seen in her two previous films (Water Lilies and Tomboy). However, Girlhood has widely been praised as her best to date, as Sciamma captures these girls’ lives with a rare empathy and a close, attentive eye—the result—one of the few modern French movies to take a deep interest in the country’s urban working class. 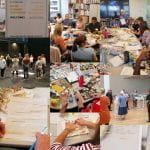 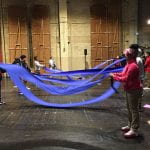 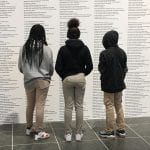 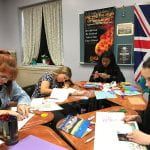 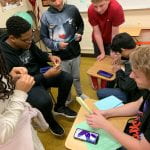 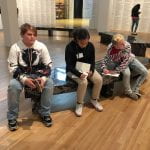